Millions of years ago, an epic journey started from Mars. A giant asteroid slammed into the surface, ripping off chunks of the Martian crust and hurling them into space.

In 2011, one of these pieces of rock was fished out of the Sahara Desert. Its trajectory had brought it, by chance, to Earth (there, where Mars had deliberately started throwing stones at us).

Nicknamed Black Beauty for its glorious dark and brilliant hue, the cataloged meteorite NWA 7034 is believed to be the oldest piece of Mars we have. And now it’s been traced back to the exact spot where the asteroid that launched it hit.

The team named this impact crater Karratha, after an area in Australia where some of Earth’s oldest rocks are found. This new geological context for the rock – a volcanic mineral, made up of different types of rock (much like a fruitcake) in what is called a breccia – will facilitate comparisons of the history of the formation of the Earth and Of March.

“For the first time, we know the geological context of the only brecciated Martian sample available on Earth,” explained planetary scientist Anthony Lagain from Curtin University in Australia, who led the international team of researchers.

“Finding the region where the ‘Black Beauty’ meteorite originated is critical because it contains the oldest Martian fragments ever found, 4.48 billion years old, and it shows similarities between the very old crust of Mars, about 4.53 billion years old, and continents of present-day Earth.The region we identify as the source of this unique Martian meteorite sample is a real window into the oldest environment planets, including Earth, which our planet has lost to plate tectonics and erosion.

To date, about 300 meteorites from Mars have ended up here on Earth (maybe Mars wants some). Black Beauty, consisting of a 320 gram (11 ounce) piece of rock and a pair of stones, is absolutely one of a kind: in addition to being the oldest piece of Mars we have, it is the only piece of volcanic breccia among all. 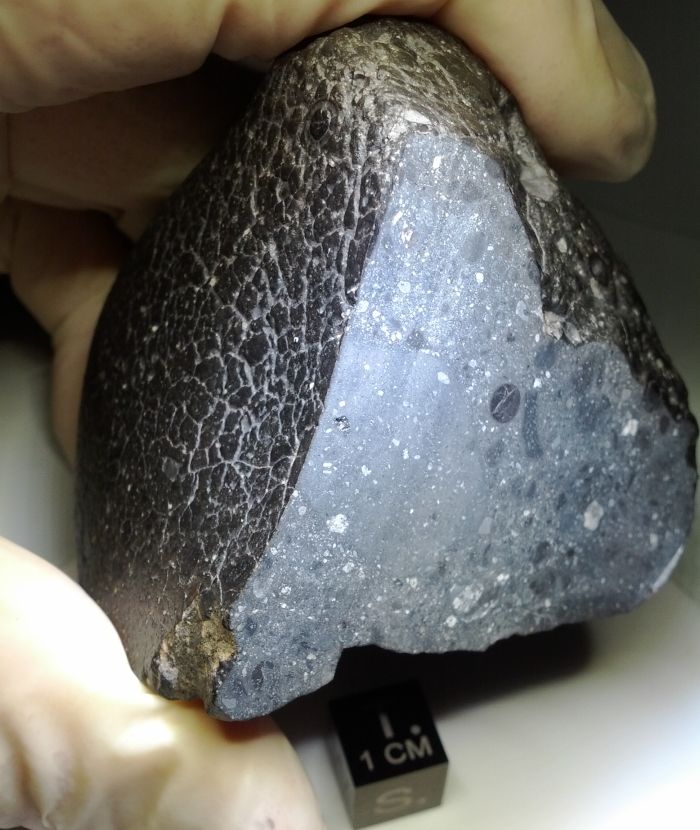 It is thought to be a record of early conditions on Mars – but where on Mars had remained is a mystery. The Red Planet is positively riddled with impact craters, which makes tracing a meteorite to one extremely difficult.

To do this, Lagain and his colleagues used the powerful Pawsey Supercomputing Research Center in Western Australia, and an algorithm developed at Curtin University for the express purpose of detecting impact craters. An analysis of the size and spatial distribution of 90 million craters detected by this algorithm allowed scientists to pinpoint the origin of Black Beauty.

Their results revealed multiple impacts in the formation of Black Beauty. The oldest fragments of the rock were excavated from the Martian crust around 1.5 billion years ago from a location marked by the 40 kilometers across (25 miles) Khoujirt Crater in the southern hemisphere of Mars. This material fell back to Mars, where it remained until about 5 to 10 million years ago, when the impact that created Karratha Crater tossed it again, sending it flying into the planet. space on its journey to Earth. 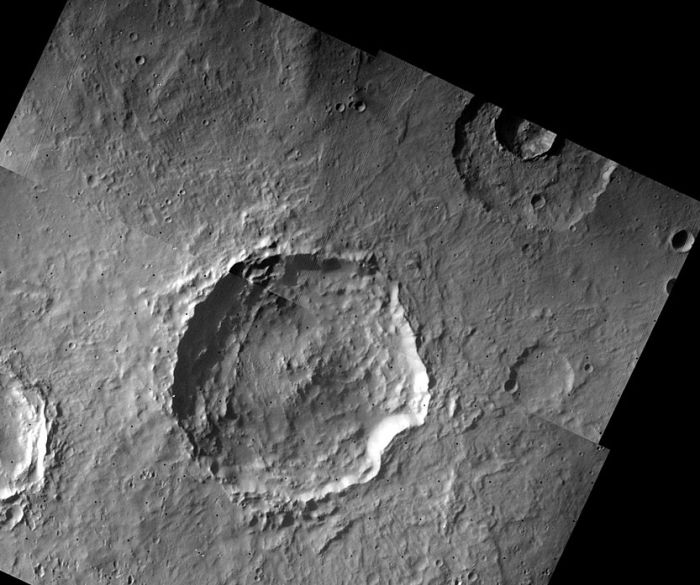 Khujirt crater, photographed by the Viking orbiter. Dampier and Karratha are visible in the upper right. (Nasa)

Research prior to Curtin revealed shocks in the meteorite’s zircon crystals dating back to 4.45 billion years ago, which also indicates a massive impact. Although the site of this putative impact remains unknown, it appears that some of Black Beauty’s material may have been involved in at least three impacts on Mars.

The findings suggest that the region from which the rock was originally ejected could be a relic of the primordial Martian crust, and therefore of intense interest for future Mars exploration.

The work, moreover, could be used to trace the origins of some of the other meteorites that Mars has launched at Earth. This could help piece together a timeline of Mars’ geologic history in more detail. And there are also implications for other heavily cratered bodies in the solar system, like Mercury and the Moon.

“We are adapting the algorithm that was used to identify Black Beauty’s ejection point from Mars to unlock other Moon and Mercury secrets,” says astro-geologist Gretchen Benedix from Curtin University.

“This will help unravel their geological history and answer burning questions that will aid future solar system investigations such as the Artemis program to send humans to the Moon by the end of the decade or the BepiColombo mission, in orbit around Mercury in 2025.

The research has been published in Nature Communication.