In the currency markets, the Swiss franc was by far the strongest. The dollar followed in second place but there was clearly some hesitation towards the end, especially against the euro. The Canadian dollar was the worst as it was further dragged down by falling oil prices. The Aussie dollar was also weighed down by general risk aversion sentiment. 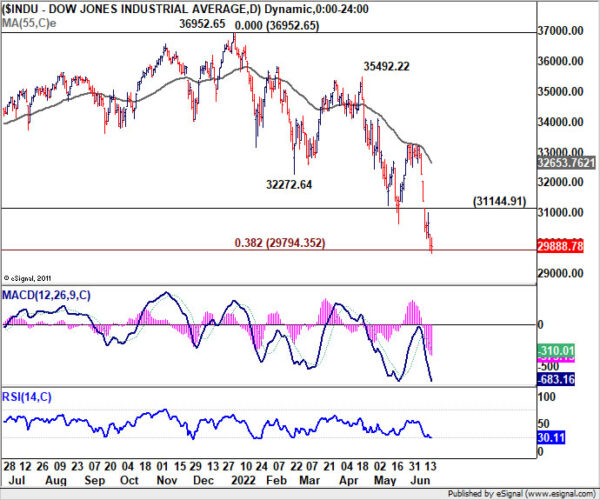 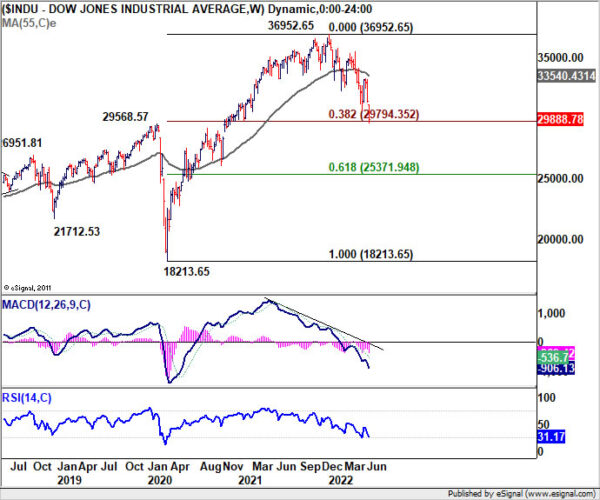 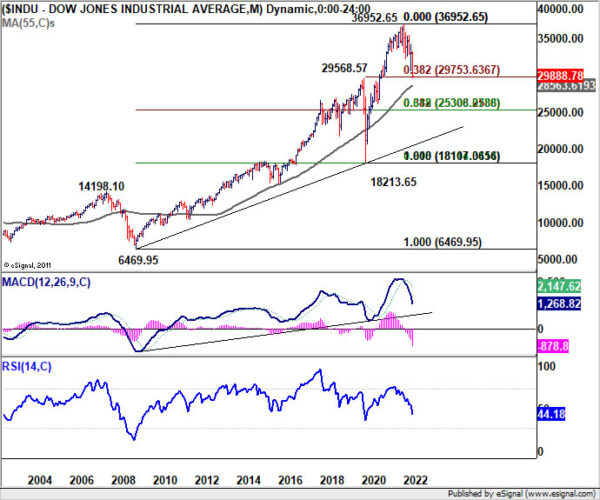 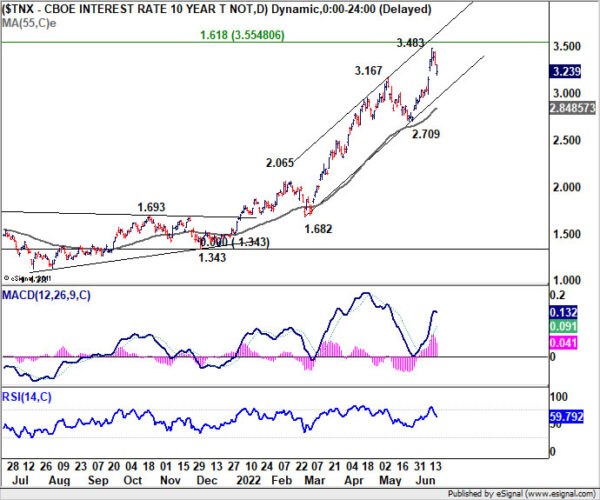 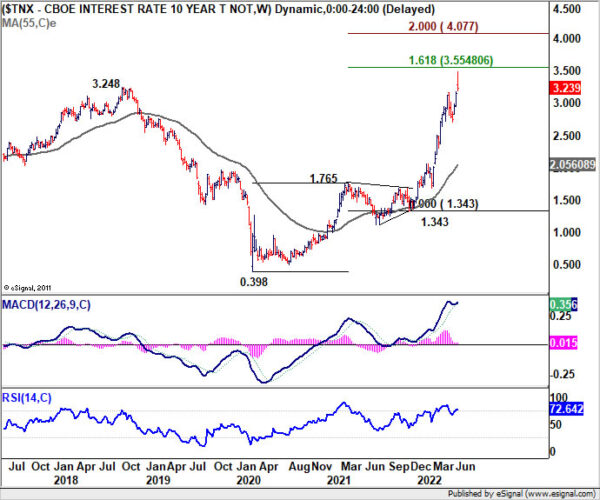 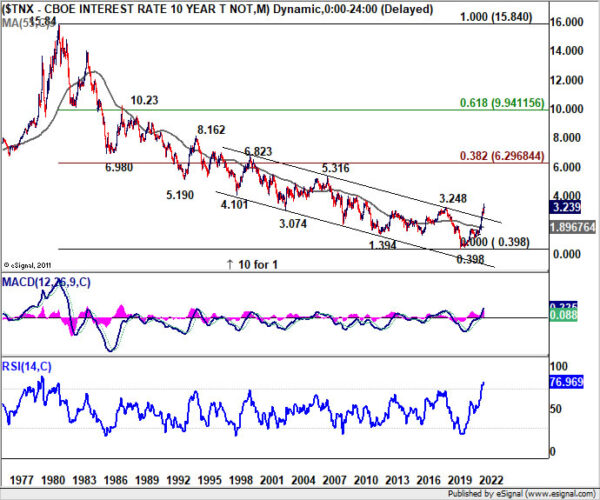 The dollar index quickly lost momentum after resuming the uptrend

The dollar index also resumed its recent uptrend and hit 105.78, but quickly lost momentum and pulled back. Further consolidations would likely be seen in the near term, but the decline should be contained by the 55-day EMA (now at 102.16) to bring the rally back to resumption. The current uptrend should aim for a 61.8% projection from 72.69 to 103.82 from 89.20 to 108.43 at a later stage. But to do so, risk aversion will have to continue as the 10-year rate should extend its uptrend, while the EUR/USD will have to break the support at 1.0339. 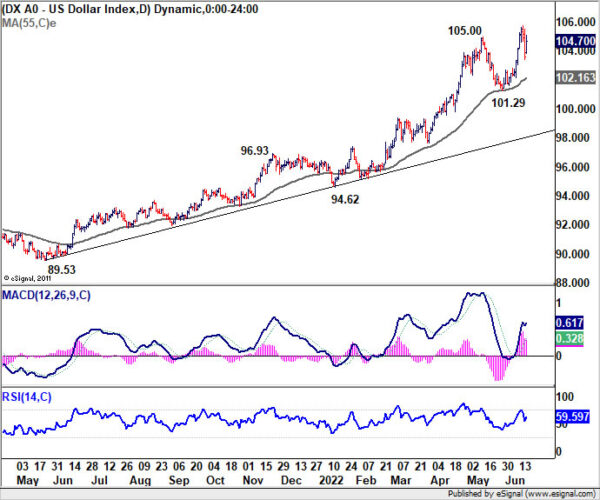 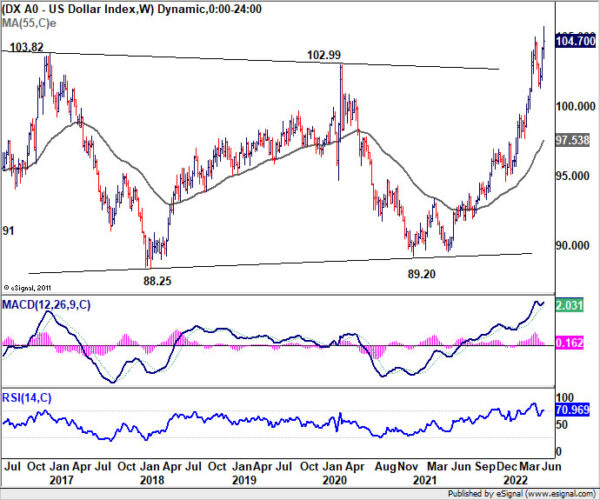 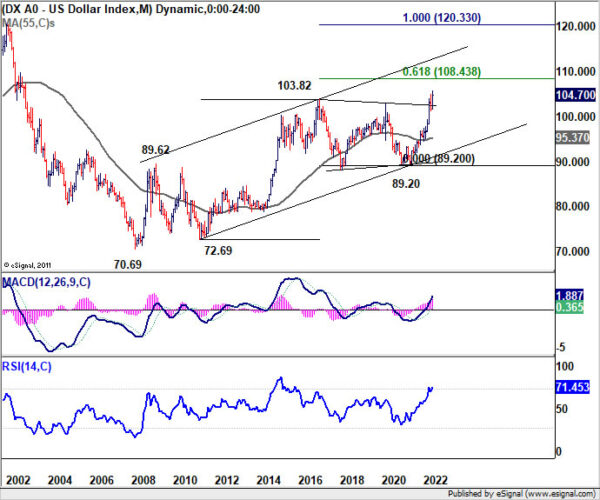 WTI crude oil in the third leg of the pattern from 131.82 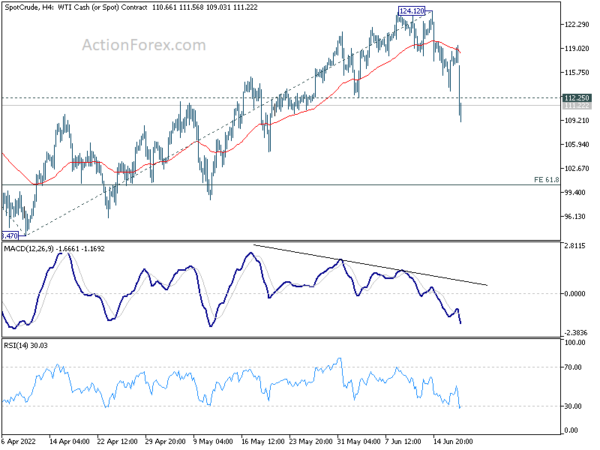 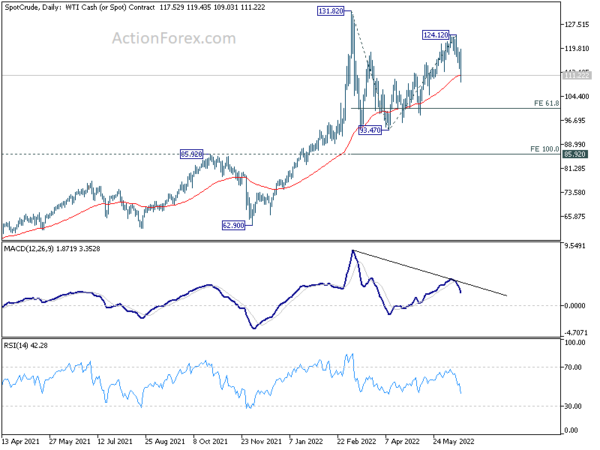 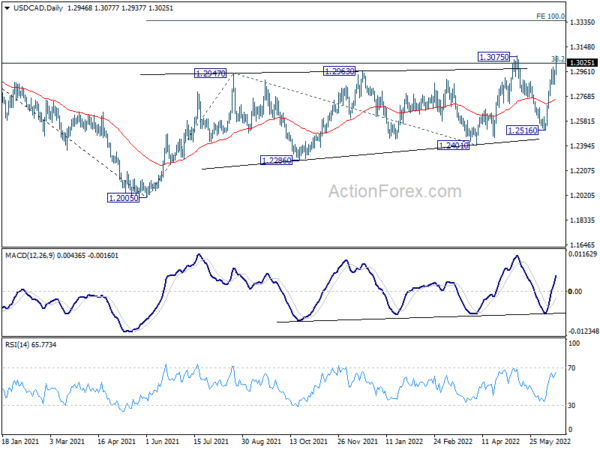 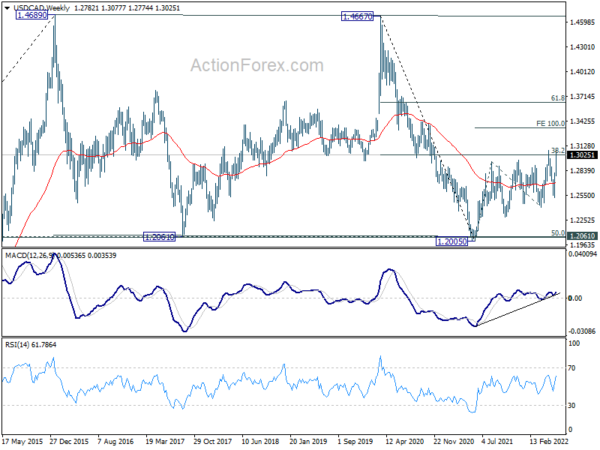 EUR/CHF’s sharp drop last week and the break of 1.0216 support suggests that the corrective rebound from 0.9970 has been completed after failing long-term resistance at 1.0505 as well. than the 55 week EMA. The initial bias remains to the downside this week. Break of 1.0086 support will confirm this bearish case and bring a retest of 0.9970 low. On the upside, minor resistance above 1.0232 will first turn the intraday bias into neutral. But risk will remain on the downside as long as 1.0513 resistance holds. 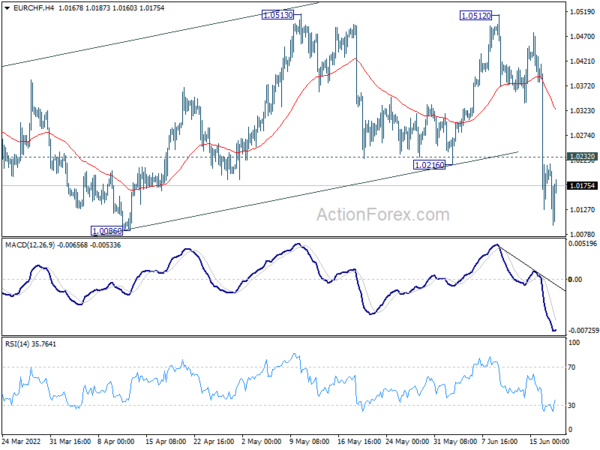 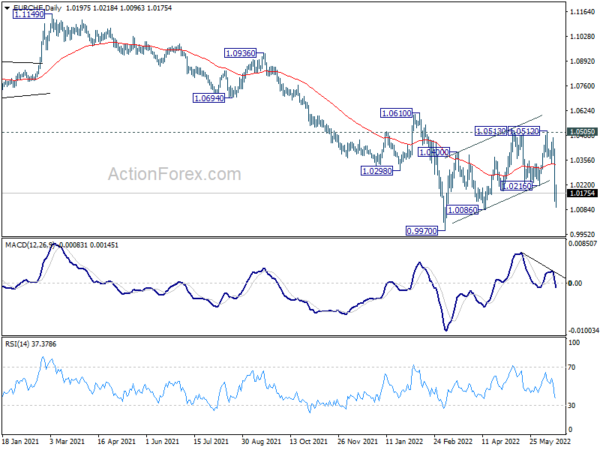 Over the longer term, capped below the 55-month EMA, EUR/CHF is seen as extending the decades-long downtrend. There is no prospect of a bullish reversal until some sustained trading above the 55-month EMA (now at 1.0846). 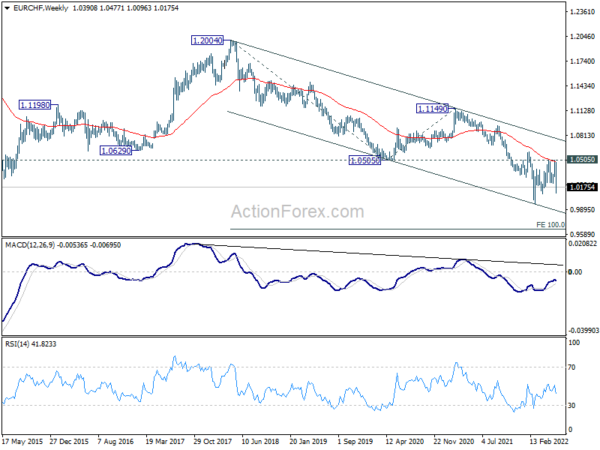 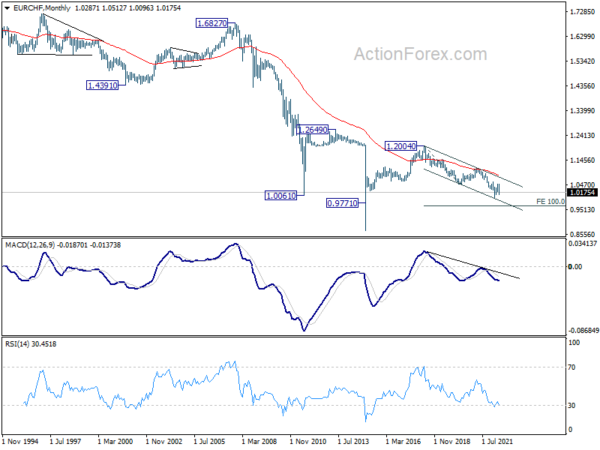