NASA may be focusing a lot on Mars right now, but it certainly hasn’t forgotten about Earth’s greenhouse twin.

A recent report from Hackaday revealed that NASA had just chosen two new missions to Venus, named DAVINCI + and VERITAS, which will join a single Japanese probe currently studying the planet (Akatsuki orbiter) before the end of the 2020s.

(Photo: Pavlo Gonchar / SOPA Images / LightRocket via Getty Images)
UKRAINE – 2020/10/28: In this photo, a NASA logo is displayed on a smartphone.

The main objective of DAVINCI + and VERITAS is to characterize the Venusian atmosphere and possibly to map the surface of the planet in more detail than before. Once the missions are successful, it will give scientists on Earth unprecedented information about possible tectonic activity that could make Venus what it is.

Besides the atmospheric study, the new missions could also look for signs of alien life in what a NASA article calls a “lost habitable world.” Space exploration enthusiasts will have to wait a little longer since the agency plans to launch the two missions between 2028 and 2030. As for the cost of the two projects, NASA plans to spend $ 500 million for both.

It should be noted that although it is much closer to Earth than Mars, Venus has hardly been explored in the past. While there have already been a lot of missions sent to the planet, only 27 have been considered successful, and most of them are just flyovers, according to Space.com.

NASA’s Venus Missions: What Else Are They Hoping To Find?

By now you already know what the two new Venus missions are looking to do: map the planet in incredible detail for the first time. But let’s get back to the search for extraterrestrial life because this is where Venus has been in the headlines for the past few years.

About three years ago, it was discovered that the thick clouds covering the planet could harbor microbial alien life. And this idea was not new: several decades ago, the famous astronomer Carl Sagan and the biophysicist Harold Morowitz. Their proposal made a lot of sense from a scientific point of view since the surface of Venus regularly reaches 900 degrees on average. It’s hot enough to melt lead, which is quite difficult to melt on its own.

The mysteries of Venus

We probably know a lot more about Mars in all of recorded history than Venus, which is much easier to spot than the red planet on a normal day. This is because the planet is perfectly visible to the naked eye 20 minutes after sunset, which has earned it the nickname “the evening star”. 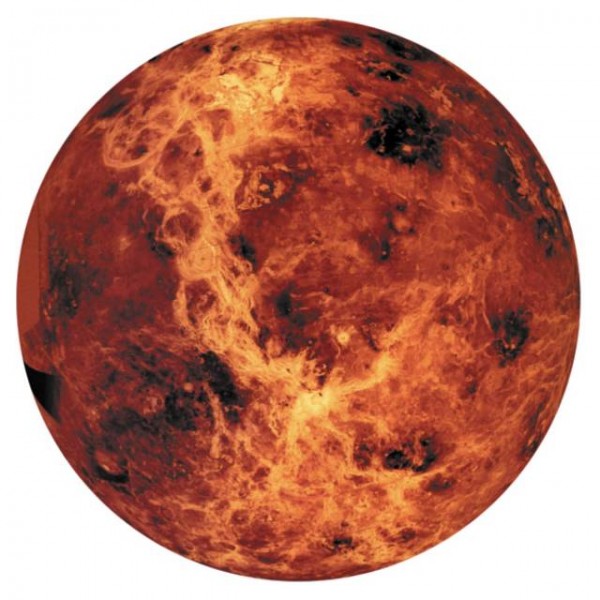 (Photo: QAI Publishing / Universal Images Group via Getty Images)
Venus, Venus has long been considered the planet with the most characteristics in common with Earth. It is almost the same size, its orbit is roughly the same distance from the Sun, it has a thick atmosphere, and it has the same density and chemical composition.

Although the DAVINCI + and VERITAS missions do not land on the planet itself, they could reveal much more about the secrets that Venus holds. In the next few years, maybe scientists will finally determine if life can exist in its thick clouds. Or maybe it will be revealed whether or not Venus was habitable in the distant past. For now, only time will tell.