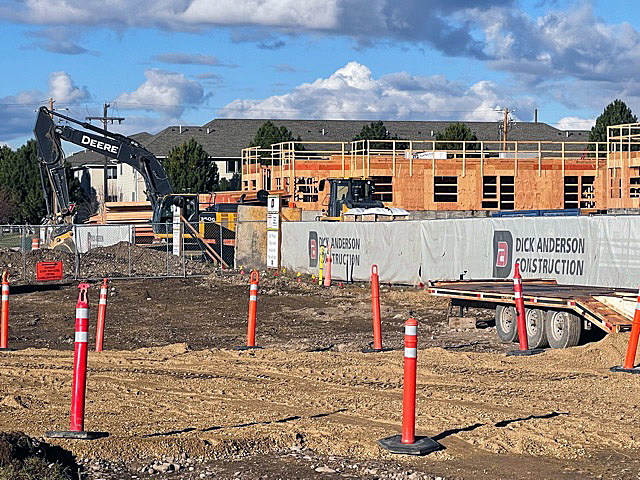 The second half of a 19-acre parcel purchased by the city of Missoula two years ago could still house the Department of Public Works and Mobility, though officials now say that is yet to be determined.

The property, located off Scott Street, once served as an industrial site and nine acres have been cleared to residential standards. This portion of the property is ready for development in partnership with Ravara LLC.

But the other half is still cluttered with a land processing unit, which means the city has time to decide on the highest and best use of the property.

Once Montana’s Department of Environmental Quality and Huttig Building Products — the responsible party — clean up the unit, “all options are on the table,” according to John Adams, the city’s director of strategic projects.

“We briefly discussed having Mountain Line present, but that doesn’t fit their time horizon to develop a new upper course,” Adams said. “It’s possible we could think of cleaning it up and it may be housing, but Public Works is the most likely option, but not certain at this time.”

The future location of Public Works could have implications for a number of city-owned properties around Missoula. The agency is currently housed at various sites, including the Missoula Water building on West Broadway and a plot on Rogers Street.

The department has developed a master plan and is still exploring its options as it works to consolidate operations, Adams said.

“They’re trying to identify the best way to get the space they need for operations now and for the foreseeable space horizon,” Adams said. “They want to make sure they’re evaluating all of their options, and if that’s the best option.”

If the department were to consolidate operations on the 10-acre parcel off Scott Street, it would free up the West Broadway water building and Rogers Street properties for redevelopment.

Both are identified for housing in a number of town plans. The city owns several West Broadway properties, including the former Sleepy Inn. Earlier this year, it finalized the West Broadway Master Plan, which includes several hundred housing units and commercial opportunities along the corridor.

More recently, the city entered into an agreement with Ravara LLC to build approximately 75 affordable housing units permanently in a land trust on city property, and several hundred market-priced housing units next door.

Public Works had considered the other half of that parcel, about 10 acres, as suitable for consolidation, although Bickell said a decision had not been made.

“This is how we are moving forward with the implementation of this master plan,” he said. “But now we are reassessing the Public Works facilities plan and whether they need all of that, or if there are other alternatives.”