The common currency’s rally against the Japanese yen stalled on Monday, thanks to risk aversion in financial markets spurred by Russian-Ukrainian peace talks failing to make progress amid tightening global central banks. At 131.61, EUR/JPY mirrors the above, as the safe-haven Yen appreciates.

Wall Street ended the day with losses between 0.04% and 1%. Meanwhile, in the FX space, the Loonie rallied against most G8 currencies, while the JPY edged higher against the euro.

Overnight, EUR/JPY was subdued in the 131.60 area, but in the European session it surged towards the 132.00 area, to find more sellers, which pushed the pair towards the 131.40 area.

EUR/JPY is biased to the upside, although it faced strong resistance at 132.00. However, EUR/JPY could consolidate as the 78.6% Fibonacci level sits right at 131.28, meaning the pair could trade in a tight range before resuming higher. 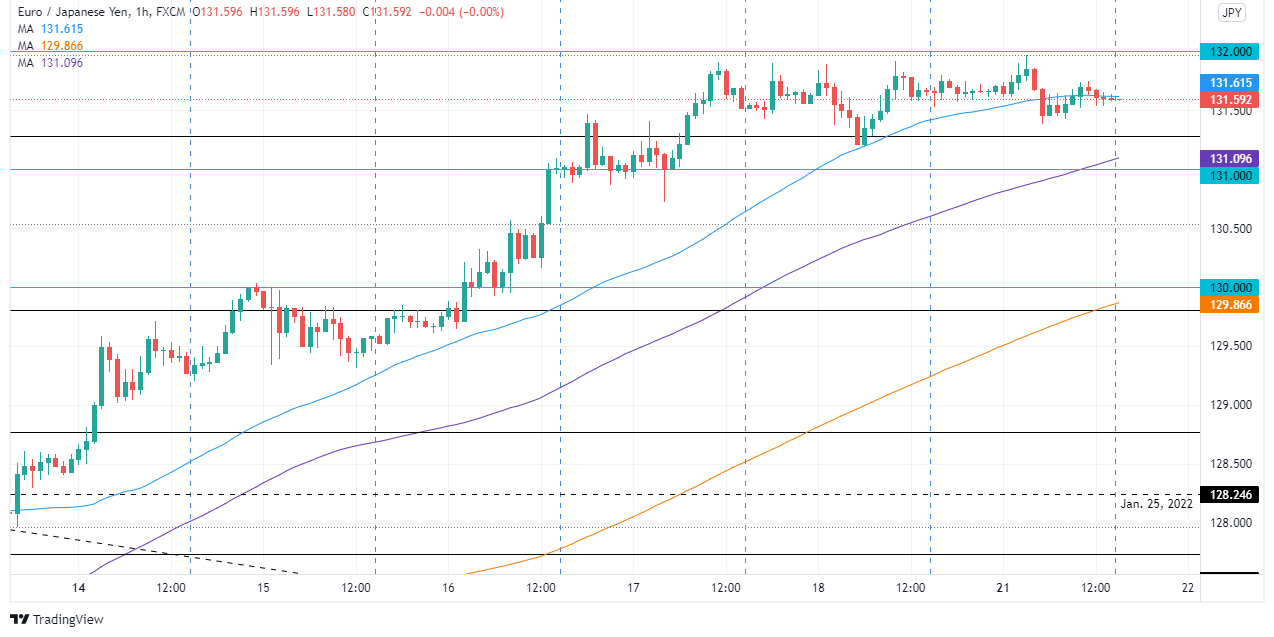