The Israel Space Agency, the Ministry of Innovation, Science and Technology and the Israel Innovation Authority (IIA) on Thursday approved a special grant, which would see 18.5 million shekels (5, $ 94) awarded to 11 different companies that develop innovative space technologies. . Since 2012, 62 R&D projects have already received a total amount of around 160 million shekels ($ 51.3 million). Approved companies will have between 20% and 50% of their R&D costs covered. Small businesses, or those whose products are designed purely for the space, will receive between 60% and 85%. These amounts reflect the technological complexity and the high risks associated with the development of space capabilities. New Director General of the Israel Space Agency (res.) Uri Oron added: â€œThe global space industry is at an unprecedented stage of growth. This program allows new Israeli players to enter this sector and builds on our technological capabilities. It is a formidable engine of economic growth.

The program aims to strengthen the Israeli space technology market and encourage space technology startups to grow, reduce their knowledge gaps, improve Israel’s competitiveness and increase its scientific knowledge. The program is designed to support companies that design or develop satellites or ground stations. which are used for command, control and communication; instrumentation and equipment for the calibration of space technologies, products for space systems; or the processing and analysis of space data. The companies will eventually reimburse the IIA for the funding in the form of royalties collected on sales when their product reaches commercial stage.

â€œThe global space industry is going through a real revolution. The market has doubled in size over the past decade and is expected to reach $ 1 trillion in the coming years. The State of Israel has clear advantages in the space industry, but above all in the area of â€‹â€‹security. This program will strengthen and promote 11 companies in the fields of satellite communications, rocket propulsion, sensors that will help tackle climate change, lunar mining and agriculture, â€said Orit Farkash- Hacohen, Minister of Innovation, Science and Technology.

The companies were selected on the basis of their level of technological innovation, the capacities of their R&D teams, the proof of a consolidated economic model and the advantages that their product presents over global competitors.

The winning companies are:

1. Eicha communication systems, which studies advanced Internet of Things (IoT) communication systems using a satellite that enables the transfer of large amounts of IoT notifications using satellites in low earth orbit (LEO). This technology will provide continuous communication to autonomous vehicles, allowing them to travel in remote areas, even when cell coverage is not available.

3. Terra Space Lab works on a space shuttle scanner with a multispectral infrared antenna. The single pod can be installed on the back of nanosatellites without the need for payload modification, enables multispectral scanning of the territory in the infrared domain and performs real-time data processing in space, while significantly reducing costs .

4. NSL communications develops technologies for global ground cover using constellations of nanosatellites with its pop-up antennas, which are made of unique materials that work ideally under conditions of gravity and weightlessness, thus reducing the launch costs of payloads . Its reflective array antenna technology uses multibeam conditions that support broadband and can perform routing between satellites and points on the ground without having to depend on channel gateways.

6. GreenOnyx grows fresh superfoods on spaceships for astronauts on deep space missions. Over time, one of the major constraints NASA has faced has been finding ways to preserve the diet and health of astronauts during long-duration space flights. A manned one-way flight to Mars could take up to nine months, but GreenOnyx has found a way to grow healthy super-vegetables on board while delivering oxygen to spaceships and absorbing CO2 emitted by the ship. breathing of astronauts to feed the plants. Vegetables can also be eaten without cooking or processing.

7. HELIOS has developed technology to extract oxygen from the moon using a reactor that processes regolith, or lunar soil, separating it into oxygen and metal to power lunar launches, moon vehicles, support astronauts and build bases or lunar colonies on other planets without the need to throw heavy materials at the moon. Helios will launch three small cargoes to the Moon by 2024, to demonstrate the technology on the Moon. 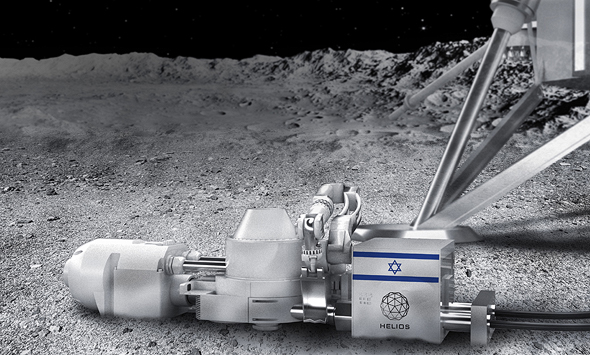 An illustration of Helios’ lunar miner on the Moon. Photo: Haya Gold

8. Semiconductor devices (SCD) is developing a broadband detector, which can capture images from the visible to the extended SWIR spectrum on hyperspectral space cameras. This can be used to film the Earth from space while covering a large area of â€‹â€‹land with high resolution and large number of pixels, and can differentiate between materials via remote passive detection. The detector can identify natural vegetation and camouflage, different minerals on land, their density in the atmosphere (such as aerosols and water vapor), note oil spills and pollution at sea, plant diseases and forest fires, and detect the humidity and salinity of plots. for agricultural purposes.

9. Space plasma designs electric ignition systems for micro-satellites based on plasma or electrically charged gas, using dimensional Hall-effect thruster technology and minimal power supply. Its microHET engine uses a narrow metal channel, which allows gas to ionize and create a plasma that operates at just 20 watts while producing a 1 millinewton pulse. It can be used for small satellite missions and help them change or maintain course, deorbit or avoid collisions. 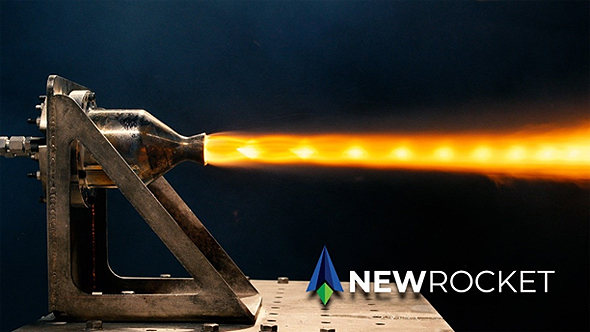 11. Espace Ramon develops supercomputer chips that power distant space missions, process signals and information received via satellites while withstanding harsh conditions in space. Its microchips can process and enhance images, and were used in the Israeli-French Earth Observation satellite Venus, which provided farmers with agricultural information regarding irrigating fields and monitoring climate change. Ramon Space’s microchips have so far propelled more than 50 international space missions, including the Japanese spacecraft Hayabusa-2, to a distant asteroid nine million kilometers from Earth, 162173 Ryugu.